The Olympus PEN-F - Part 3 of the personal narrative

Part 1 and Part 2 precede this article.

When Robin Wong let me have the PEN-F to try out, he warned me that the raw would not be supported by third party software yet and even Olympus Viewer 2 might not be ready to read it. When I got home, I tried the Adobe duo (Photoshop and Lightroom CC) and Corel Aftershot Pro - no, they would not read the file. Picasa desktop client did. Lightzone did. Sagelight Editor did. I ran Olympus Viewer and there was an update prompt. Olympus Viewer 3, Version 2.0 came down and yay! it supports the PEN-F.

Now Olympus Viewer gets a fair bit of disdain and abuse from users and never-want-to-be-users. It's slow, the original versions were flaky. Over time, on Windows, it's functional enough for me. In one FB group posting, one unkind user said "Only Robin Wong uses it, and I guess that's because he's an Olympus employee". Some people can just be so unkind. Well, I use it, from time to time. This is an obvious instance - if the third party programs are not ready yet, Olympus Viewer works. I don't need a stage managed workflow, I'm not in a deliver-or-die business / production role. All I need right now is to produce some nice photos.

I was interested in seeing how Olympus would graft those cool looking JPEG processing tunings from the PEN-F onto Olympus Viewer - remember, this is a program that works with all the Olympus camera models. Here's what I experienced. 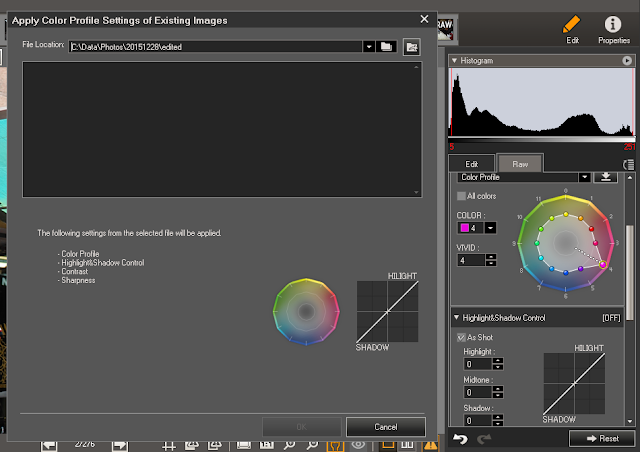 The new Colour Profile is listed in the same section as the existing list of colours - Natural, Vivid etc... When I choose Colour Profile, I am presented  with a colour wheel reminiscent of the Color Creator that was pioneered in the earlier Olympus models. Except that this Color Wheel allows you to select from the rainbow of colours, and set all of them, not just one colour. You can choose the colour and set the degree of vividness (negative as well as positive).

The Highlight & Shadow curve control gadget has also been previously introduced in earlier models. This time, it has Midtone control. Don't forget, you can nominate Auto Gradation in another section - this could be used to lighten shadows for the old aged film feel. Or change the Contrast.

Shown above is the dialog to apply a personalised Color Profile Setting. Instead of saving template settings for Color Profiles, the process works like thusly:

I'm not an experienced colorist, my useage has been with some Topaz products like Adjust and Restyle, so I'm looking to those who have color grading skills to provide some leadership with this tool. 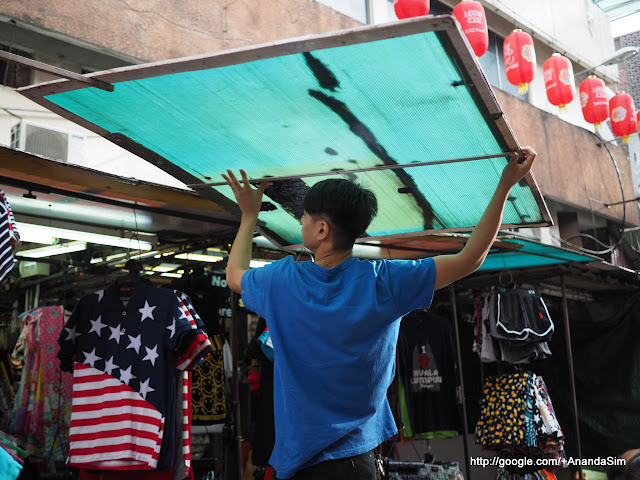 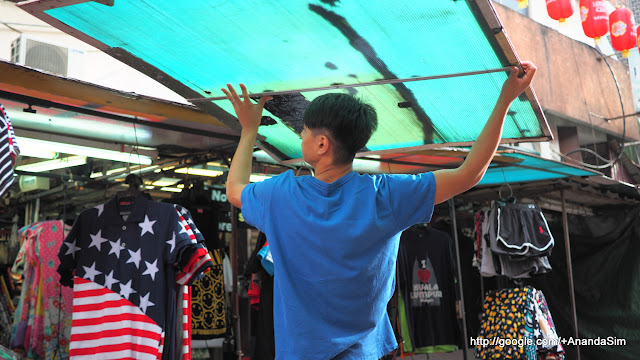 Note that after a few iterations to discover the look that you're centred upon, the "After" could be saved as a preset in the camera so that you have an in-your-face intuitive visual.